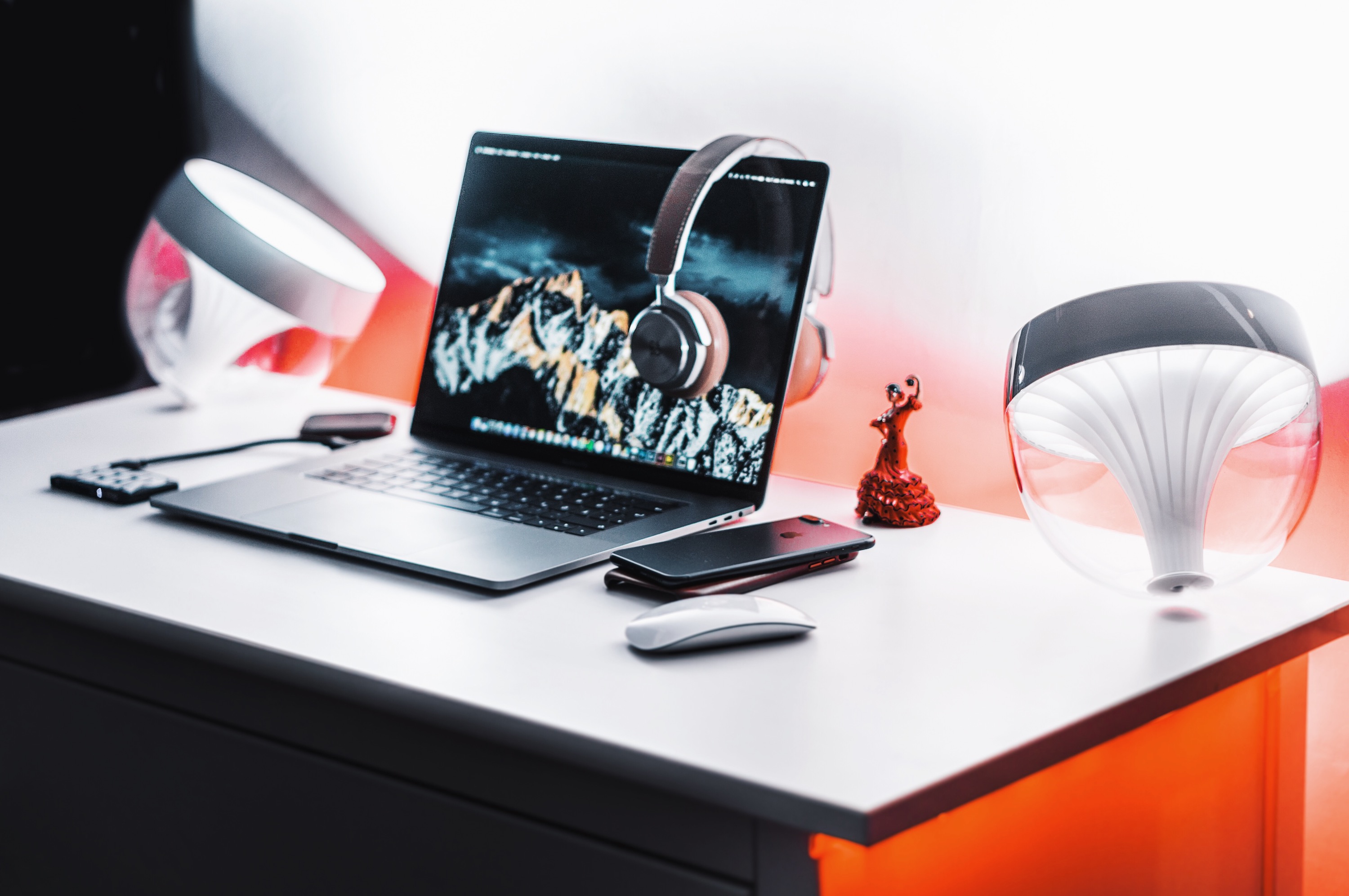 I’m Max, a Junior Art Director from Berlin, with a passion for design, minimalism, cars and photography. My friends would describe me as an Apple-fanatic perfectionist, who’s highly allergic to everything running with Windows and Android. 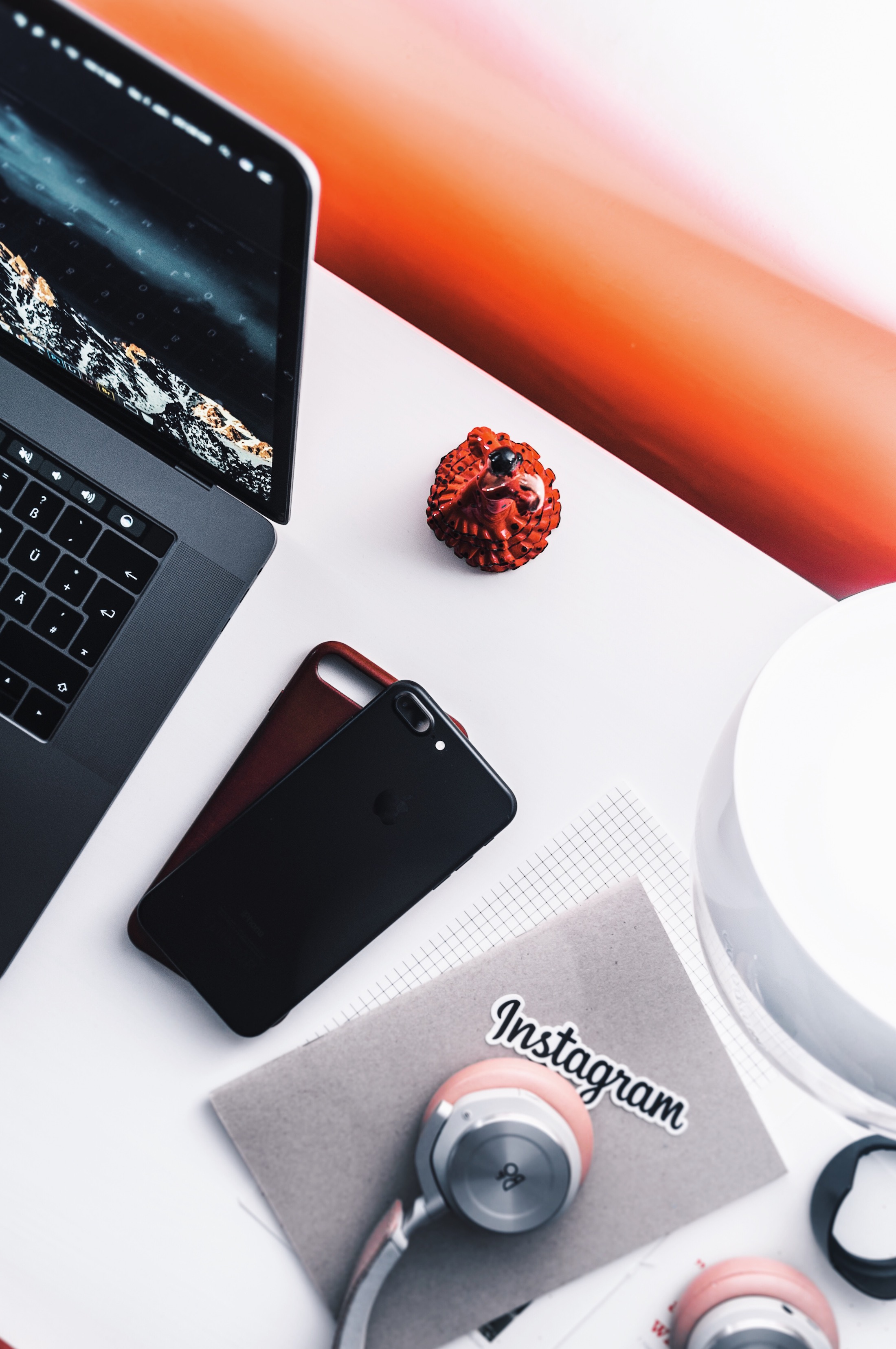 The young heart of the desk

I’ve waited quite a long time for Apple to release new MacBook Pro, so it doesn’t even entered the equation if I’ll get myself one or not. I was neither scared of USB-C nor the loss of the SD card reader. So I ordered the 15“ model with 2,9GHz, the Radeon Pro 460 and 1TB of storage. In space grey, of course.
I’m starting to use the Touchbar in a productive way, Touch ID works as nice as expected, design and build quality are groundbreaking solid and Apple managed to improve speakers and display hugely in comparison to the predecessor.

After some time using the 2016 MacBook Pro it turned out that I don’t need tons of ports, the minimalism feels great and I don’t miss a thing. I got myself two Apple USB-C to USB-A adapters and an external SD card reader (thats twice as fast as the internal one in my old 13“ 2014 rMBP) for a total of 30€. The reader hat an ugly logo on its top, but I fixed this immediately, as you can see. For storage expansion I’ve bought a portable SSD, the Sandisk Extreme 510 which is rugged and waterprotected. You’ll never know where photography gets you..

Yes, there’s no Magsafe alias „just hold the connector next to the MacBook and it connects itself“, but I can plug in the charger on the left and the right side. I make use of that possibility more than I’ve ever thought. 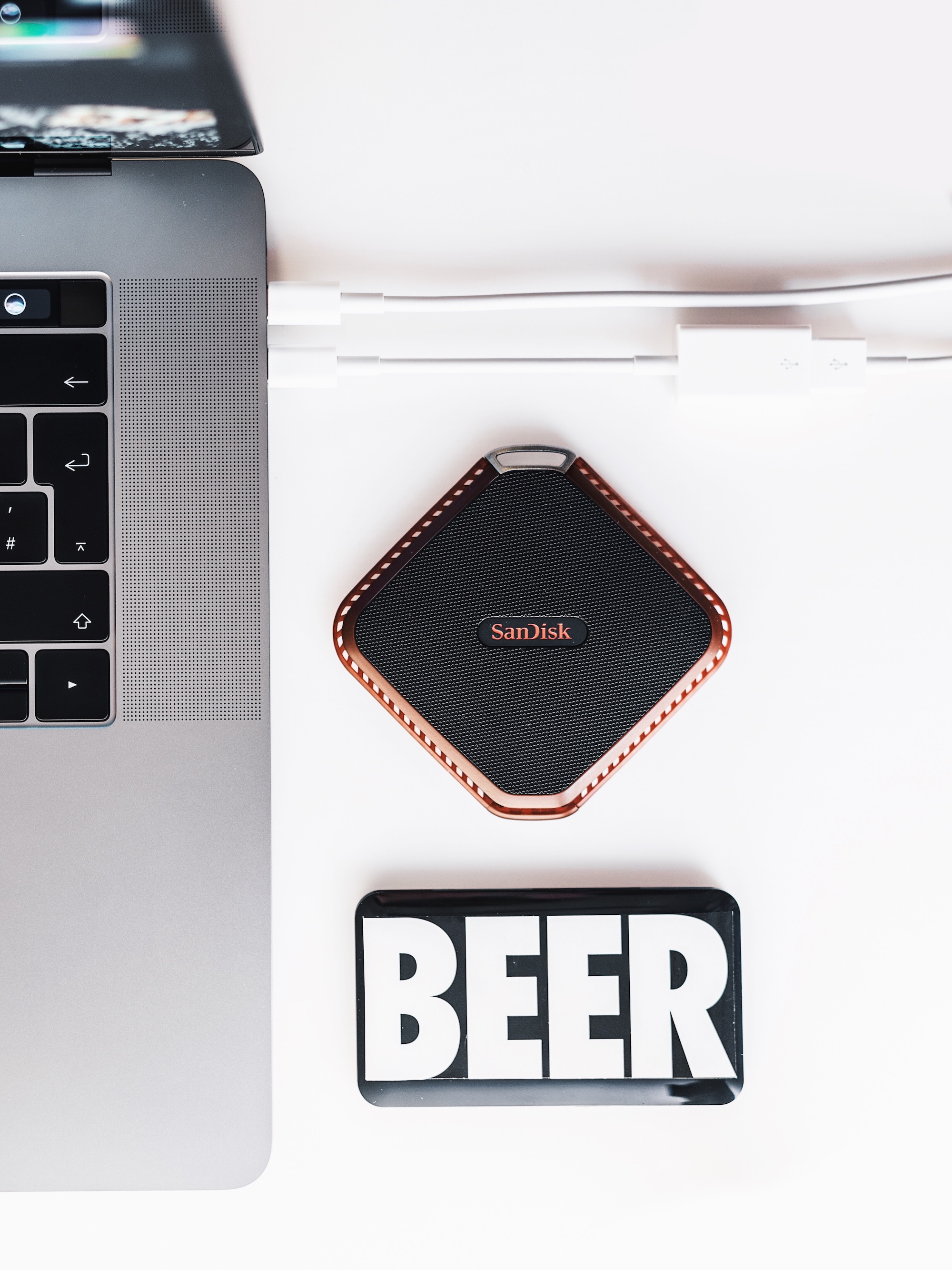 I guess everyone loves their iPhone, and so do I. Since the iPhone 6, I went on the Plus-train (better battery, display and camera), which brought me to the iPhone 7 Plus in matte black last fall. Undoubtedly the best phone I’ve ever owned, there’s not much room for improvements. 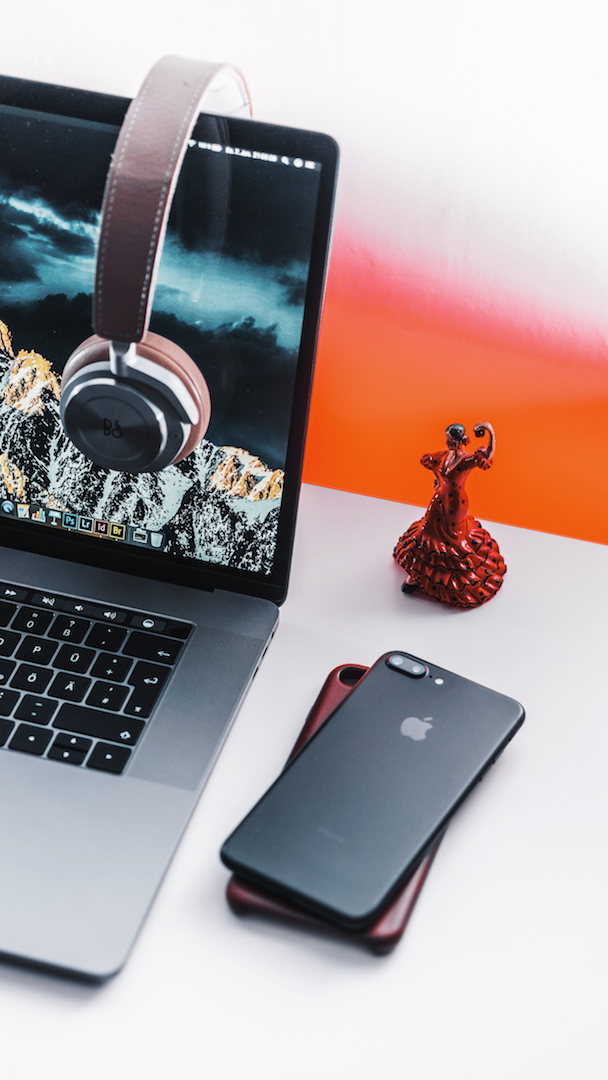 My setup is built on a IKEA desk „Hemnes“, a classic and minimal furniture-series which I learned to love. My whole room ist equipped with that. 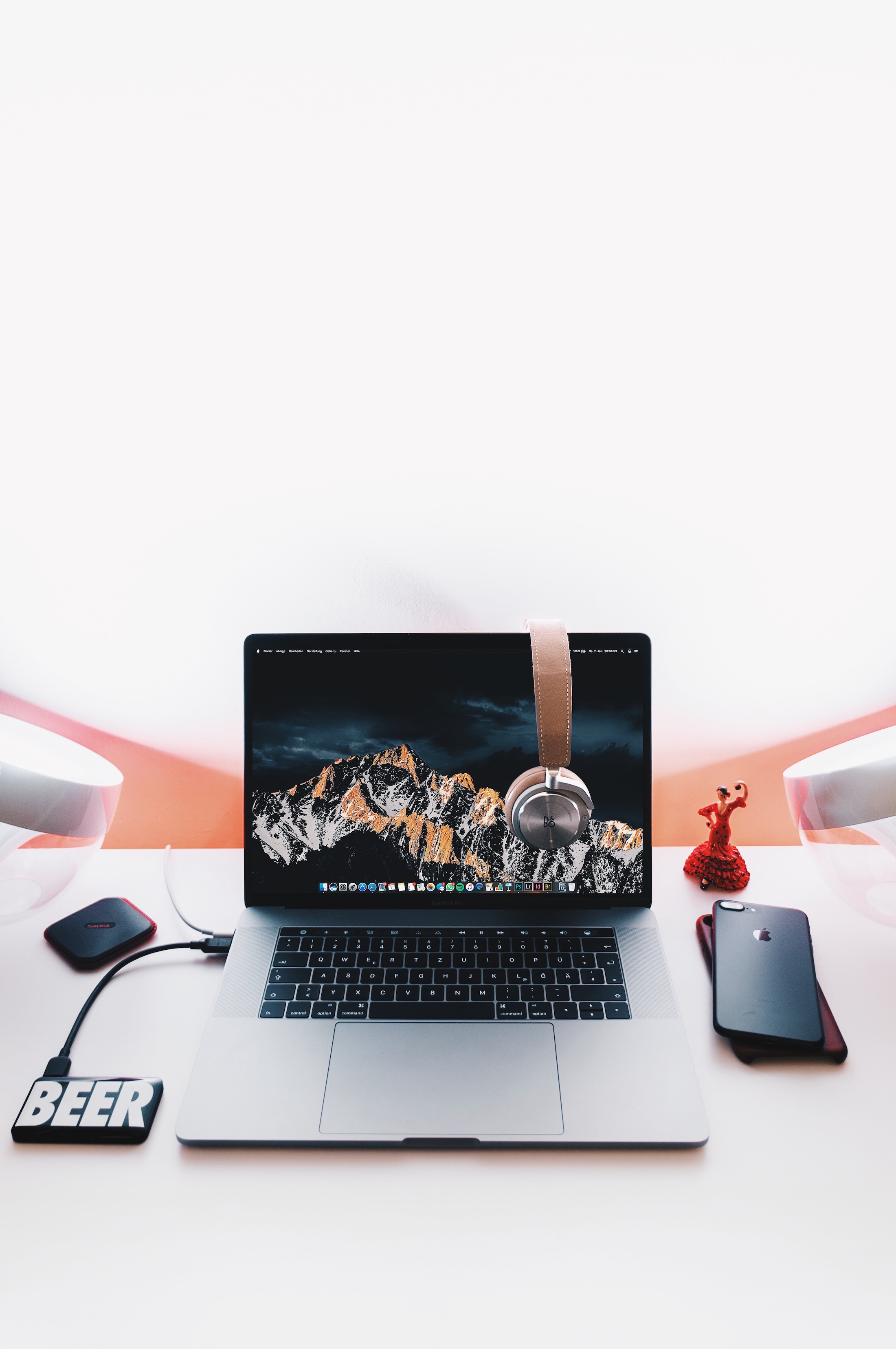 If the ears had eyes

Everyday I’m using headphones at work and on my way to it for at least 4 hours, so they have to be really comfy and good-sounding. The BeoPlay H8 fit my needs and their look and feel is gorgeous. After one year of hard use (even a little rain), they still look great, which underlines their superb quality. 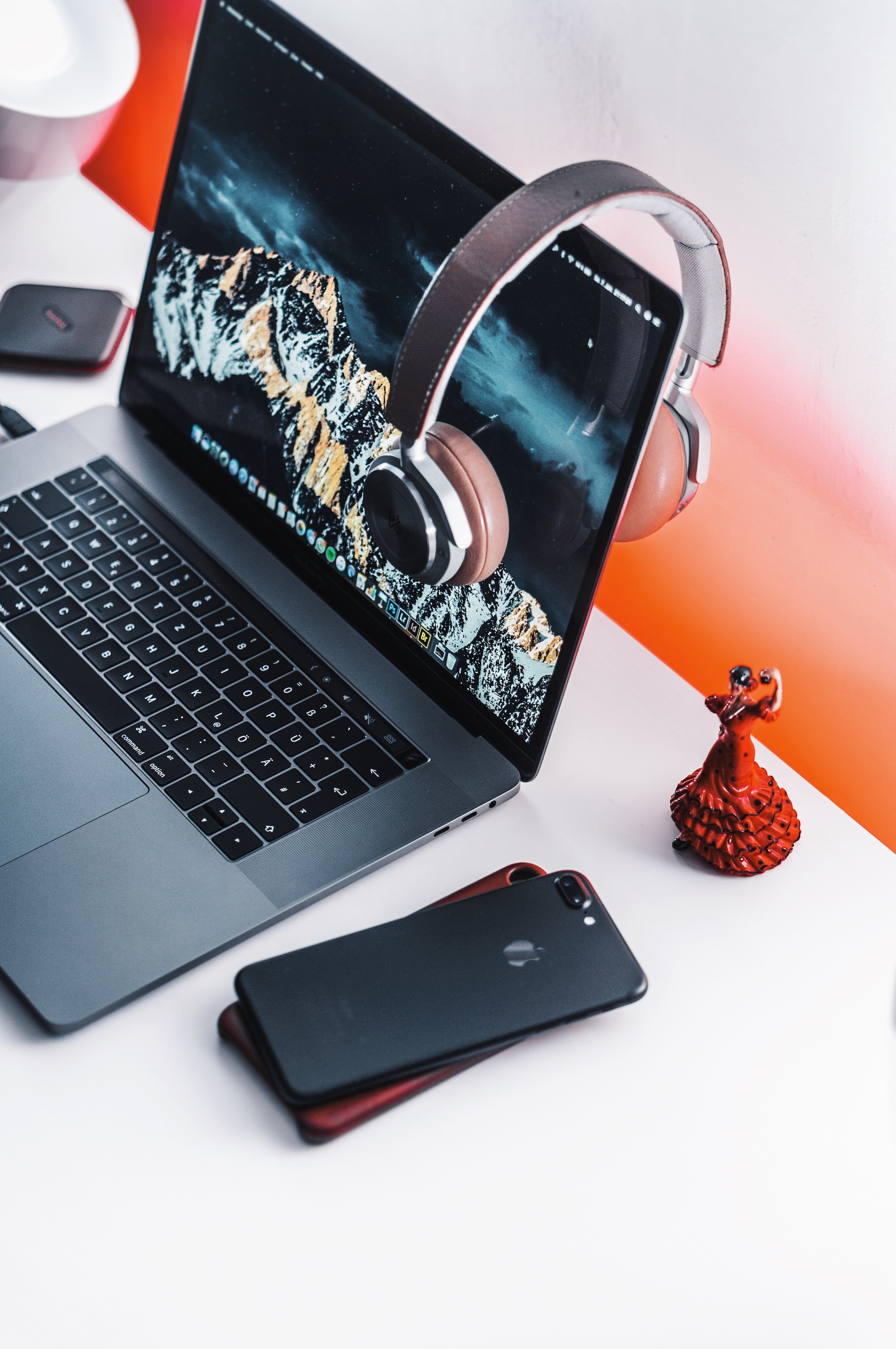 Putting the setup in its true light

When choosing the lights, the inner geek dominated and I bought Philips Hue lights. They’re not really cheap, but they’re gorgeous and in my opinion, they pay off. They can be extremely bright, its colors look beautiful and the warm-white makes everyone feel quite comfy. I mounted a led-strip (Lightstrip Plus) between the desk and the wall and put two Philips Hue Iris on the table. They can be controlled via Homekit and a small menu-bar-app called „Colors for Hue“.

I’m planning to get myself a 5K monitor, with at least 27“, but in the moment there’s no model which attracts me. Some have great display quality, but their look doesn’t cope with Apple products in any way. Others lack ports or won’t charge your MacBook. Surely I’m not the only one who dreams of a real successor of the venerable Apple Thunderbolt Display.

That’s all for now, my setup is a little conservative in the moment, but I’m fine with that, because sometimes, less is more.